Therapy: What’s All The Fuss About?

A friend of mine experienced her first bout of depression when we were in year 8.

She was fourteen years old and had been raped on school grounds. That – and the bullying and harassment that followed – led her into depression. She did not speak to her parents, teachers, houseparent or even friends about it because she did not understand what she was going through herself. She didn’t know the way out, if there was a way out.

That was in 2009, and in ten years, things have changed significantly. There are now several Non-Governmental Organizations (NGOs) that recognize mental illnesses (such as depression) and provide therapeutic services to cater to patients. Hauwa Ojeifo, the Executive Director of ‘She Writes Woman’ – a movement that gives mental health a voice in Nigeria – told BBC that she started a 24hour helpline for women because “we all need someone to talk to and sometimes that person isn’t in our immediate environment.”

In MTVShuga Naija’s fourth season, we watched Frances deal with her rape ordeal. She changed before our very eyes: she became angry, lonely, lost, confused and depressed; she became a shadow of herself. Yet, she insisted she just wanted to be left alone. Like every episode, in episode two, Shuga threw a question out to its fans: do you think Frances should seek some professional help after her rape ordeal? The first option was no, that “she just needs to let time pass by and she will be fine soon.” While this option may seem absurd to me, it is one people might vote for it because they don’t know any better.

This lack of knowledge gives birth to myths a lot of us now think are true – that mental illness is “the work of the devil”, “un-African” or an indication of one’s disbelief in God. Ignorance leads people to think that people suffering from mental illness are “crazy.”

But it is not always obvious, like schizophrenia. Sometimes, it is more subtle, like depression. In a study sampled at Ahmadu Bello University (ABU) Zaria, in 2018, it was discovered that 58.2 percent of the 127 undergraduate students that responded had depression. The stats are high nation-wide, yet the level of awareness is embarrassingly low; because of this, people are not open to speaking up about their illness and seeking the help they need.

From personal experience, I know that talking about obstacles and personal challenges is a form of relief; it makes you feel lighter, less traumatized and happier. Therapy is important because it will help you handle your problems, give you a new perspective and make you less anxious. It will also make it easier for you to handle day-to-day challenges, confront your feelings and most importantly, it will help you realize that you are not alone.

My friend had no one to help her fight her depression, but there are several options for you. Ojeifo’s is not the only NGO that seeks to create a safe space for people to come and speak about their experiences.

Mental Health Foundation and Mentally Aware Nigeria Initiative (MANI) are also at the forefront of this battle. You can also speak to your friends, parents, or teachers you think can help you. Support is available and you shouldn’t be ashamed to seek it.

Hadiza Walked So Other Girls Can Run 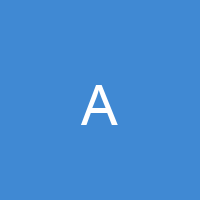 Need some one to talk to