Sex is still a taboo topic in many homes, but Adebola Aduwo explains the benefits of having “The Talk”.

[If you are considering what contraception to use? Find out more about your options here: http://www.honeyandbanana.com/contraceptive ]

I remember the day I had my first period. I ran to my parents’ room to show them that I had unlocked a whole new level of greatness. Please, don’t laugh at me. I was ecstatic up until my mother burst that bubble of excitement.

“Tiiti, you’re becoming a woman now o. If a boy touches you, you will just get pregnant. Ehen!”

I went from a hundred to zero real quick! I had the urge to argue so badly and make her understand that that wasn’t what I had been taught at school.

I was only twelve years old and my friends were mostly boys. I didn’t want anyone to get me pregnant. I believe that my mother noticed how confused I was after that conversation. Weeks later, we had a proper talk about “the birds and the bees” and it hasn’t stopped since then.

You know, I’ve heard a lot of people say that they never had honest conversations about sex with their parents. In most black homes, talking about sex is taboo. Which one of you can truly say that you don’t pray the floor opens up and swallows you when a sex scene randomly pops up in the presence of your parents? Normally, this should be a perfect opportunity to have that discussion. It just leaves me wondering about my parents, “How am I here if you guys did not have this sex you pretend to hate so much?”

You Might Want to Watch: Bolanle Olukanni, Ozzy Agu and Jemima Osunde discuss sex and contraception:

An average black girl would rather die than narrate a sexual encounter to her mother because she may still end up dead anyway (Wouldn’t you rather die peacefully?) Jokes aside, this type of tabooism is exactly why victims of sexual abuse find it difficult to share their experience with their parents until it’s too late.

Pre-marital sex is already a norm. Yes, it happens! Are we going to keep denying that fact? Would you not rather show them the safest routes and methods? Why are you so silent?

Is it so surprising that some of us would rather stay quiet when our voices should be the loudest, leaving the younger generation to their own devices and exposing them to all shades of wrong information?It’s a shame that this is a case for so many of us out there.

And do you know what is the hilarious part? When something out of our control eventually happens, we suddenly start spewing all the advice in the world. I almost want to say, “You had this at the tip of your tongues all this time and you didn’t say anything? Where was this energy when it was needed, aunty?”

This was one of the most emotional moments from #MTVShugaNaija episode 6. Should anyone be able to control when/if you decide to use contraception? pic.twitter.com/ESA6etOgc7

We saw this type of misunderstanding in full flow on MTV Shuga Naija episode 6. It was so disappointing to see how Cyril started a war in his own home and discarded Leila’s contraceptives because he thinks having them would make her eager to have endless sex. It’s crazy how we let beliefs such as these get in the way of logic.

On the other side of the coin, there was good ol’ Faa lecturing Tare on boundaries, consent, and contraception earlier this season. This was a great example of how an elder can preach morality and common sense at the same time, as it should be.

We are so comfortable pretending that we don’t need to discuss sexual matters that we’ve begun to demonize the very thing that (literally) makes us human. Like I always say, having the sex talk is more important than sex itself. I would want my kids to learn almost everything about their sexuality and get first-hand information from me before anyone else… and at a young age too. That way, they don’t feel awkward talking to me about anything and would be confident that I would always be there to listen and provide answers to their many questions without judgment.

I would like to say, that the same fiery energy used in encouraging chastity at a tender age should be ignited when it’s time to enlighten young people on the options available to them, especially when they feel the need to go ahead with their own decisions as young adults.

There’s still so much to say and more much to be done.

It’s important to note that this talk shouldn’t be limited to girls. Parents, you should be speaking to your sons as well. Whatever schools can teach should be the icing on an educated cake. Discussing these issues freely in our homes saves us from a lot of ugly situations.

Considering what contraception to use? Find out more about your options here: http://www.honeyandbanana.com/contraceptive

We should all embrace this culture. Talk that talk! Lmao it is somehow talking about sex with my parents but i will make sure my kids are free to talk the talk with me and their father. We will even bant with it.
Nice Article baby girl, you never disappoint ? But if you can't talk to your parents at this stage ,then how do u expect your kids to talk to you 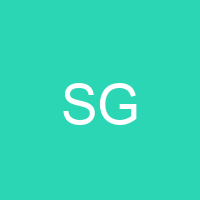 Well, I never had the talk with my parents. My mum was willing to, she's a nurse so she's very comfortable with it. Me, I just couldn't abeg. I just looked at her and said "I know" before she started and I ran away. 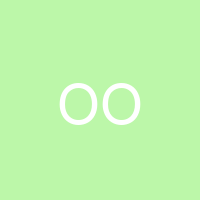 Lmao. I think my mum had these talks with my older sisters but with me it was different. Not because she didn’t want to talk to me but because I felt more comfortable speaking to my sisters instead. She taught them well, they’ve learnt from experience also so it was great listening to them. The few times we casually talk about men, she’s pleased at how knowledgeable I am and how pleased she is with my choices.
Up until now when I tell my mum I’m visiting my boyfriend, she’ll just say “I trust you to know and do better” Talk that Talk ?, asin you want me to say "Mum i had sex yesterday ", kuku kill me eh This is so true. I have never had such discussion with my mum and thinking about it alone just feels weird. When she stylishly bring up the topic, I just find a way around it like I am not doing this with you, Thanks.
Nice write up Adebola. 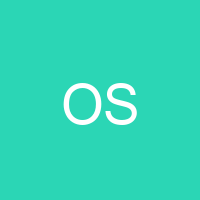 Really awesome! I can't even share personal stories of the embarrassment I got when my menstrual cycle also began and I had no on-going talk on what was happening (from home). Had to rely on friends and school Biology. I have resolved to be doing better- this, talking to the younger ones as clear as I can, my younger brother being my first specimen. We always think these children are too small to know about Sex, "We are protecting them", but that's actually where the evil lies. Your points are very valid. I can't tell if it's the fonts of your write-ups that make them interesting or they are just that interesting❤. And TILL date, I still cringe watching any sex scene with my parents ??! 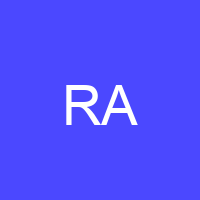 Talk what talk?
Lmao, I don't even think my married sister can have such a conversation with my mother. Then how can I. Where do I start from, lol. Please let the tabooism continue till I am out of the house.
Anyways I feel our generation will do better. think my mom came to the future and read this article by Debo..hehe
Seriously she was really open about sex to me and my brothers.
My house is a mashup of raw, talk that made me almost ashamed to introduce mom to my friends (cos you never know what she might say or ask).... But it certainly helped us navigate through when it comes to the opposite sex.
Growing up like that makes me see sex and relationships as a choice rather than a necessity
I wouldn't say u turned out all great, but the early knowledge i got was a big help.
Honestly
I think more articles like this should be written so that young people becoming parents in our generation dont fall back to the old rhetorics all in the name of protecting the child
The best way to protect is to arm them with knowledge