Should condom dispensaries be placed in schools?

In the year 2017, South African schools were able to shape the way they wanted to teach their pupils about HIV and the prevention of infection. Before 2017, there was no formal standard education on the prevention of HIV amongst school going children. That all changed in 2017. Basic Education Minister Angie Motshekga gazetted the department’s finalised national policy on HIV, STIs and TB for learners, educators, school support staff and officials in all primary and secondary schools in the basic education sector. The policy gives children above the age of 12 the right to access health services, including sexual and reproductive health services, without having to seek parental consent. The new policy now states that children above the age of 12 must have access to female and male condoms at school. This decision to make condoms available in schools has been met with some trepidation. Let us have a discussion about condoms being available in schools.

Free #condoms and #HIVtests will soon be available at all of South Africa’s #primary & high schools,https://t.co/tBQRyoBB8H @SonkeTogether

Here are the facts: Girls between the ages of 15-24 are at most risk of being infected with HIV. Education has been proven to help the fight against HIV. Abstinence education has proven to fail in schools as children who say they are abstaining are still engaging in sexual acts. Girls between the ages of 13-19 who live in places where access to contraception is low are at risk of infection. If teenagers are educated in safe sexual practices, it reduces the risk of new infections. Also, if they are given access to free condoms, it reduces the risk of pregnancy.  Education in schools is key to the fight against HIV/AIDS. Children need access to contraception so that they can engage in safe sex.  Schools are ground zero for spaces where children gain knowledge. There is a reason why the Department of Education changed the policy regarding sex education and the right to access.

The schools had the final say in what the sex curriculum included. The world is changing and studies have shown that teenagers between the ages of 15-19 who are sexually active are not using condoms. This is an alarming statistic and the Department of Education took notice. Minister of Education gazetted the new HIV/AIDS prevention policy in order to combat the rate of infection of HIV/AIDS amongst young girls. Academic research suggests that children as young as 12 are engaging in sexual activity and this is why by law, children from the age of 12 have access to condoms without the consent of their parents or guardian.

Did you know that contraception is available from the age of 12 in SA? Take a closer look at the IUD here’ https://t.co/6M8YrE97Cx

Condom dispensaries in schools help to eliminate the barrier between adolescent youth having access to condoms. Public law interest group Section 27 says “A lot of barriers [to reproductive services for adolescents] come at the level of the school so it’s important to somehow get parents, principals and governing bodies on board and dispel some of their misconceptions. A common misperception among parents is that providing adolescents with condoms will make them have sex earlier. There has never been any evidence that that’s been the case.” If children have access to condoms, it will reduce the rate of HIV infection within young people. A poll asked the same question on Twitter and an overwhelming 81% of the MTV Shuga community said yes. An educator who asked to remain anonymous said: “although it might seem like it is encouraging pupils to have sex, many are already having sex and need to have protection easily available in the place where they spend the majority of their days”.

Inspite of the rate of HIV infections decreasing among teenagers, the numbers are still cause for concern. With that being said, do you think that condom dispensaries should be distributed in schools? 🤔

School governing bodies, together with parents and the Department of Education need to roll out this ambitious plan more effectively. Schools need to have this service if they are to be protected against HIV. We need to lift the shroud on the way the youth are educated about sex. If the schools don’t work together with the department then the rate of new infections amongst adolescents will only rise. Should you want to continue the debate please tweet us @MTVShuga.

PrEP: The pill that protects against HIV

How to Tell Your Child they are HIV Positive

Your Five-Step Guide to HIV Self-Screening 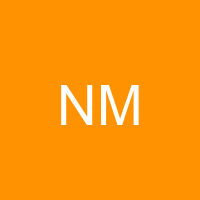