Q and Dineo's relationship on #MTVShugaDS was VERY different to the norm... Phumlani Kango gives us some advice on how to date someone knowing that they have a blesser on the side.

Dating someone who is involved with a ‘blesser’ can be very tricky, especially if you love him or her, the same way that Q loves Dineo. The term “Blesser” is used to describe what is typically referred to as ‘Sugar Daddies’. These are older men (or women!) who provide financially for their younger partners and these financial provisions are usually in exchange for sexual favours. Q’s reaction to finding out about Dineo is valid because anyone would feel some type of way if the person they were seeing was involved with other people on the side.

I’ve never dated someone involved with a blesser before, but I can imagine it feels similar to finding out your partner is involved with somebody else, regardless of the dynamic. It will hurt, of course, but we should never be quick to judge when we do not know what circumstances a person may be going through.

Look at Dineo for example; she has a ‘blesser’ because she has to pay for her fees and help her mother at home. If someone who you want to be with is open about being in a similar circumstance, then you should enter the relationship fully aware of what you are getting yourself into. You don’t want to be having jealous outbursts like Q did when he said he understood but really didn’t.

Many people think that being involved with blesser is a strictly sexual exchange. A certain percentage of blessers actually want a girl who wants to travel with them, spoil them with gifts, take them out to fancy dinners, and on business trips, in fact some just want someone to talk to and nothing more. Many people in South Africa, when thinking of blesser arrangements think the most bizarre things, which is understandable because society has painted a negative picture of these arrangements. They assume that it’s prostitution or anything around that nature, so it is understandable why Q would react like that because of what society has taught him about these arrangements.

#MTVShugaDS so let me get this straight, is this the kind of life Q was living & he was trying to compete with someone who has already made it, that is Hlomla the blesser. Ipeleng, please Daniel can help just be calm and stop messing up. @MTVShugaDS @jezzyskei

As with everything in life, you need to understand how these arrangements are set up especially if you are considering dating someone who has a blesser. Understand their situation as you may find their arrangement might work for you two. If the blesser arrangement is sexual then you two would also need to talk about testing regularly for HIV & STIs and even considering PrEP. These set-ups are not for everyone and if it is for you, then these are some things to consider.

Dineo tried her best to protect herself at all costs when she knew she was at risk. First, when she went onto PrEP and secondly when, after having unprotected sex with her blesser, she immediately went to her health provider to find out her options for preventing condom use and HIVs.

Her behaviour was evidence that some people with blessers are not only in it for the flashy goods and champagne lifestyle.

Would you ever get in a situation like Q’s? And why? 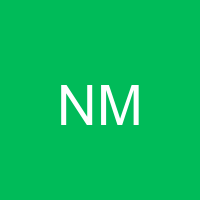