Shuga fam, we know you loved Shuga Naija. We did too! Those eight episodes just flew by. There was drama, jokes but most importantly a lot of lessons to be learnt.

Quite a few of you had some burning questions during the series and we wanted to make sure you got the answers to them. So we enlisted the help of Ike Anya, a Nigerian public health doctor, to go through a few of the scenes and explain just how certain situations happen.

These tears are very common and are so small that you will not usually notice them. If you have an open sore such as those caused by sexually transmitted infections like herpes or syphilis, it also makes it easier for HIV to enter.If you have another sexually transmitted infection, it also makes it easier for HIV to enter your body, HIV can be spread sexually from a guy to a girl, a girl to a guy, a guy to a guy, and a girl to a girl.

Pregnancy, childbirth, and breastfeeding
During pregnancy and childbirth, the baby is exposed to the mother’s body fluids (amniotic fluid and blood) and if she is infected, she can pass the infection on to her baby. A baby can also be infected by drinking breast milk if the mother is infected.

Other body fluids and waste products—like faeces, nasal fluid, saliva, sweat, tears, urine, or vomit—can contain HIV but not in large enough quantities to cause infection unless there is blood mixed into them and you have significant and direct contact with them.

Injections with needles containing the blood of an infected person
Injecting drug users who share needles can also transmit HIV if one of them is infected. This is why it is important for injecting drug users and health professionals giving injections to always use a new unopened needle and not use the same needle on two people.

Q2. At the end of episode1 it’s revealed that Solomon has HIV and is taking antiretroviral (ARVs) drugs to manage his condition. Can you explain what ARVs are and how they help people living with HIV?
ARVs are the main treatment for HIV or AIDS. Anti-retroviral drugs attack retroviruses (HIV is a retrovirus) and prevent them from multiplying in the body. By keeping the virus at a low level, it allows the immune system to recover from damage caused by the virus and stops further damage to the immune system.

ARVs do not cure HIV, but can stop people from becoming sick for many years. Once started on ARV treatment, the drugs have to be taken every day for the rest of your life. It is important not to miss any doses.

It is recommended that a combination of ARVs that attack the virus at different stages in its life cycle is used to best protect the immune system and reduce the possibility of drug resistance. The combination of drugs is often referred to as HAART (Highly Active Anti Retroviral Therapy).

Q3. In episode 2 when Sophie finds out Solomon is HIV positive he tries to calm her down by telling her his “viral load” is low and she will be fine. What does “viral load” mean and how does it relate to HIV?
Viral load refers to the level of HIV in the blood of a person living with HIV. Every person living with HIV has the virus in their blood and as the virus multiplies, it causes more damage to the immune system. Without treatment, the viral load increases and the damage to the immune system gets worse. People who are infected with HIV and are receiving medical care therefore have their viral load tested regularly to monitor whether it is rising or falling to help decide when they need to start treatment, whether the drugs are working, and how the disease is progressing.

The aim of ARV treatment is to keep viral load as low as possible and so protect the immune system. At very low viral loads (less than 50 copies per millilitre), the virus cannot be detected by the tests used to measure viral load and the viral load is then said to be undetectable.

Q4. Why is it still important for Solomon, who is on antiretroviral drugs and has a low viral load, to still use condoms every time he has sex?
People with a low viral load have a much lower risk of transmitting HIV to another person during sexual contact. However, even with an undetectable viral load, the virus may still be present in semen, breast milk, vaginal fluids, rectal fluids, and other parts of the body.

Therefore, it is very important to continue measures to prevent transmitting HIV even if you have a very low or undetectable viral load. Using condoms correctly every time you have sexual contact can protect your partner from becoming infected.

Q5. Sophie tests negative after having unprotected sex with Solomon, yet Princess tests HIV positive, how does that happen?
People can have unprotected sex with an infected person quite a few times and not get infected. Some people have become infected after a single sexual encounter with someone infected with HIV, but this is less common.

Q6. Princess is having sex with her boyfriend Tobi and her “sugar daddy” Solomon, what are the risks of having multiple concurrent partners?
The more people you have unprotected sex with, the greater the chance that one of them may have HIV or other sexually transmitted infections such as herpes, gonorrhoea, syphilis, and chlamydia; and the greater the chance that they may transmit these to you and you may transmit it to your other partners.

Q8. How can people in a HIV positive/negative relationship maintain a healthy sex life in their relationship?
To maintain a healthy sex life, magnetic couples like any others, need to talk about their relationship and their expectations of intimacy and sex. Some couples may feel uncomfortable with penetrative sex soon after one of them is diagnosed with HIV and may choose to restrict intimacy to hugging, touching, kissing, and other activities, which do not carry the risk of transmitting HIV. Some may even stop all sexual activity, which can affect their relationship. Sometimes expectations and desires may change over time, and the couple may find that talking to a health professional or a peer support group may help them decide what they want to do.

If the HIV positive partner is on ARV treatment, taking all the medications correctly and on time can also help reduce the viral load and therefore the risk of infection. However, because HIV can still be present in the body even when the viral load is undetectable, it is still important to use a condom and practice safer sex.

Magnetic couples are still able to have healthy children, but if you are planning to have a baby and are in such a relationship, it is essential to discuss this with your doctor, nurse, or other health worker to understand the risks and how to reduce them and ensure that you have a healthy child.

Q9. What advice can you give to someone considering having sex for the first time?
You should only have sex when you feel physically and emotionally mature and ready for it, and ideally in a solid loving relationship.

You should not rush into it. You should not feel pressured by anyone—your friends, your boyfriend or girlfriend. Don’t do it because all your friends are doing it, or are saying that they have all done it; often people will lie to seem more experienced than they really are. Ask yourself if you really want to do it, if you are not sure, or you are yielding to pressure or need to take alcohol or drugs to increase your confidence, then you are probably not ready.

Most countries have an age of consent, when the government believes that young people have the maturity to understand the responsibilities that come with having sex. If you and your partner have not reached that age then you will be committing a crime if you have sex.

Other things to consider are how well you know and trust your partner and how comfortable you discussing sex with them; whether what you intend to do fits with the personal beliefs of you and your partner and whether you know enough about sex.

It is also very important that you know how to protect yourself against pregnancy, sexually transmitted infections and HIV—if you do not know how, you are definitely not ready to have sex.

Across many African countries, men and women are delaying the age at which they first have sex, partly because of a focus on education, careers, and later marriage.

Remember , not having sex is not a sign that you are immature; indeed being able to say no to sex is a sign of confidence and maturity.

If you have any other questions that weren’t answered above, drop us a message in the comment box below. 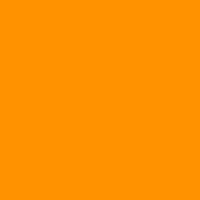